As it is often the case with success stories, in the beginning it is not the search for a gap in the market sitting on the couch, but an ordinary life with ordinary joys, worries and hopes. At one point, however, the threads of imaginary destiny converge to the point where an idea is born. Exceptional, demanding, but effortless. This is exactly what happened to Marián Ďurišin, the founder of the Slovak company that publishes Geniuso talking books, also known as the IRS talking books.

As a father of two children, he cared that his sons learn to speak foreign languages. He knew it was best to start at an early age. And something else. "If children are to speak a foreign language, it is ideal for them to listen to it from an early age, from a native Englishman, German or Spaniard," says M. Ďurišin. But how to achieve this? Will a private tutor help? Television? School? Everything had its pros and cons. And that's when it happened! He received a book that "talked" using an interactive pen. "It was a way for me to allow children to have fun with a nice book and listen to a foreign language and at the same time help parents who may not be proficient in that language," explains M. Ďurišin. With multilingual Geniuso-speaking books, children learn a foreign language at play and with the correct pronunciation. 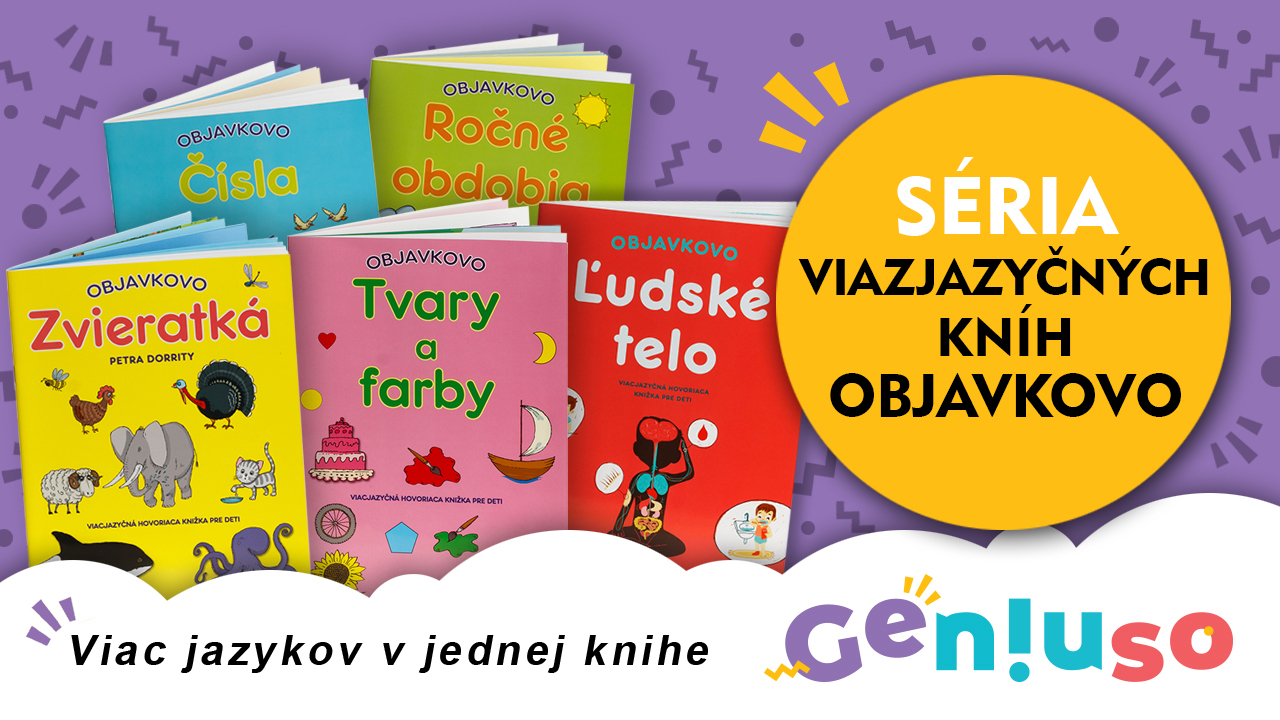 Vision, strategy and the heart

Geniuso talking books are a Slovak product that came up with the concept of a talking book on the Slovak market in 2013. That was almost 10 years ago. The company has so far released more than 60 titles for children, adults and adults. The market shows what it wants and corrects the publisher's initial intentions. "In the beginning, the goal was clear: to find the finances and enough energy to produce the first English-speaking book. The goal is very important because it sets the direction, but it cannot be achieved without honest hard work. At the same time, one must have a deeper motive than just numbers or results. For me, it was the education of my children, "says the founder convincingly. Genius-speaking books open the door to the world for children through foreign languages. An example is his son, who is successfully studying at an English bilingual grammar school in Bratislava.

Diversity as a basis for success

"A lot of positive energy and a vision of the success of a product that will change children's learning languages ​​gave me wings. Of course, then came the reality - finances, administration, sales ... That really drains the energy," adds M. Ďurišin. Geniuso' talking books initially focused on the child reader and teaching foreign languages ​​through "talking reading." The first successes and especially the positive feedback from mothers or children directly became a strong drive.

The portfolio of Slovak speaking books for children is diverse. Some are more fun and playful, others focus on working with the story, and others focus on foreign languages. There are also books on offer for two-year-olds who are not yet able to read. Children can handle it thanks to the spoken text, sounds, puzzles or tasks. In this way, they learn to talk and listen with understanding. "I consider it our greatest success that we have books for almost all groups of children," says M. Ďurišin.

English text books Click 1 - 4 for primary schools are also approved by the Ministry of Education in Slovakia. Teachers highly appreciate the easy work with them, as well as the results achieved. "Apart from education and entertainment, Geniuso talking books also have another added value, through which children have been building a relationship with a paper book from an early age, which is very important in the modern world of tablets and smartphones," adds M. Ďurišin.

What a book can do

With Geniuso talking books, children can learn a foreign language. The books are suitable for the development of communication skills and a vocabulary. Therefore, speech therapists also use them at work. Special educators tested ten titles of talking books and highlighted in particular the clarity and practical usability of talking books. "The biggest disappointment for our publishing house would be if someone did not like the book we publish with the best of knowledge. However, we believe that those who find our books will fall in love with them. Now we need to focus more on promoting and marketing them so that our new Geniuso talking book brand is easily recognizable because it deserves it.” concludes the brand's founder.

The article is a transcript of a text published in the Slovak magazine My Moment of Happiness: 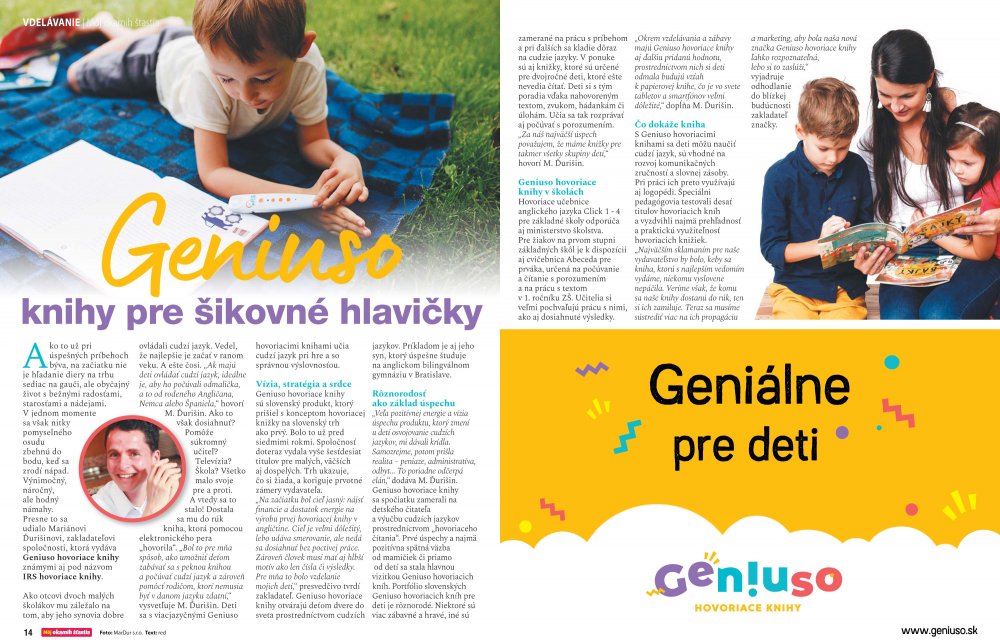 How did you hear about us?